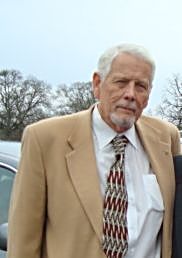 AMS Automotive, an industry leading supplier to the automotive aftermarket, named the winners of its prestigious 2015 awards this morning at its annual AAPEX sales representative breakfast meeting.

The company named Wayne Jennings of the Hirsig-Frazier Company as its 2015 Outside Sales Representative of the Year, and his entire agency as the 2015 Rep Agency of the Year.

AMS Automotive is flying Jennings and his spouse into St. Louis to attend the company’s annual Holiday Party on Dec. 18, 2015. There, owners of the company will recognize Jenning’s hard work and the dedication that he has shown to growing the company’s business.

Jennings was instrumental in landing several new accounts in 2015 to include W M Automotive located in Fort Worth, Texas.

In addition to recognizing Jennings’ outstanding performance, AMS Automotive has selected The Hirsig-Frazier Company as their 2015 Rep Agency of the Year in recognition of the company’s outstanding customer support and new business development.

“These awards are something that we hope all of our sales representatives and rep agencies strive for,” AMS Automotive Co-Owner Joe Asfour said. “It is just one way to show our appreciation for the people and companies that we rely on to help grow AMS Automotive.”

Please enter the correct digits
Your message was sent successfully