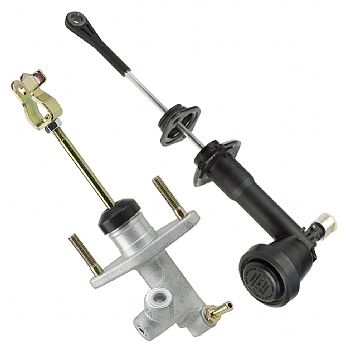 The seal over port system uses a push rod attached to the clutch pedal to produce piston movement in the master cylinder. When the piston moves, seals attached to the piston move forward. The primary seal passes over a small port in the wall of the cylinder, which allows fluid flow to and from the reservoir. Once the primary seal passes over the port, the fixed portion of fluid contained between the master and slave cylinder is moved toward the slave cylinder. This results in disengagement of the clutch. One variation of the seal over port is a plunger type master cylinder. Rather than using the attached seals that move with the pistons, the piston instead moves through the seals.

Please enter the correct digits
Your message was sent successfully